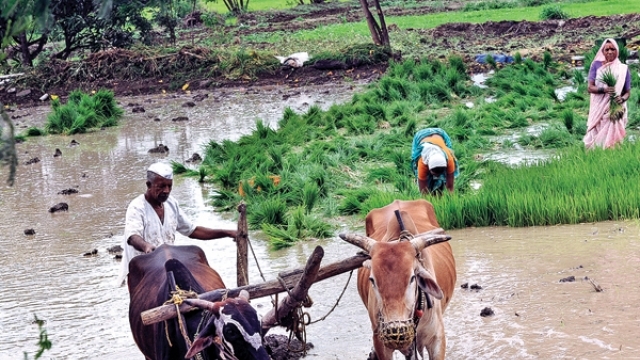 Government of India is keen to make positive changes in the rural sector of the country. The present Union Budget shows government’s willingness and dedication for the common citizen’s concern in remote parts of India. For rural development as a whole Rs 87,765 crore including Rs 38,500 for MGNREGA has been allocated. The Indian rural economy accounts for more than 40% of the entire national output and an improved rural infrastructure will make impact on the overall economy.  If the rural economy is improved it would generates the benefits to farmers and other constituents of rural sector in significant manner. Hence there is need to address rural sector development in detailed. Present article is focusing on the contribution of union financial budget 2016 on rural development. It is assessing impact of present budget on overall Indian rural economy.

(1) The total allocation for rural sector is Rs 87,765/- crores. There will be Rs 2.87 lakh crores given as Grant in Aid to Gram Panchayats and Municipalities (14th Finance Commission).

(2) Under the Deendayal Antyodaya Mission every block which is under drought and rural distress will be taken up as an intensive block.

(4) Under the Shyama Prasad Mukherjee Rurban Mission 300 Rurban Clusters will be developed.

(6) District Level Committees under Chairmanship of senior most Lok Sabha MP from the district for monitoring and implementation of designated Central Sector and Centrally Sponsored Schemes.

(7) Priority allocation from Centrally Sponsored Schemes to be made to reward villages that have become free from open defecation.

(8) A new Digital Literacy Mission Scheme for rural India to cover around 6 crore additional households within the next 3 years.

(9) National Land Record Modernization Programme has been revamped. A new scheme Rashtriya Gram Swaraj Abhiyan has been proposed with allocation of Rs 655 crore.

(11) Long-term irrigation fund under NABARD (National Bank for Agriculture and Rural Development), with an initial corpus of Rs.20,000 crore.

(12) Rural credit got a boost, too, from a target of Rs.8.5 trillion in 2015-16 to Rs.9 trillion next year. And to ease the burden of loan repayment on drought-hit farmers, the Budget has allocated Rs.15,000 crore towards interest subvention.

(13) Pradhan Mantri Krishi Sinchai Yojana (PMKSY) is to be implemented in mission mode aiming to bring 28.5 lakh hectares under irrigation.

(14) Programme for sustainable management of ground water resources with an estimated cost of Rs 6,000 crore will be implemented through 3 multilateral funding.

(15) Rs 2,000/- model retail outlets of Fertilizer companies will be provided with soil and seed testing facilities during the next three years.

(18) To reduce the burden of loan repayment on farmers, a provision of Rs 15,000 crore has been made in the BE 2016-17 towards interest subvention.

Thus, many provisions have been made in the present Budget generally for rural sector development and particularly for agricultural and farmers welfare. This Budget has given a major emphasis on different segments of the rural economy. Perhaps for the first time such an emphasis and focus is being made on the rural sector.

(7) Radha Mohan Singh, The Budget to change the destiny of rural background and farmers in the country, Press Information Bureau, Government of India, Ministry of Agriculture, 2016.

(The author is Chairman of The Institute for Natural Resources, Kolhapur and research scholar on issues of policy, governance, agriculture, water, natural resources etc. He is also a Dr. S. Radhakrishnan Post Doctoral Fellow)