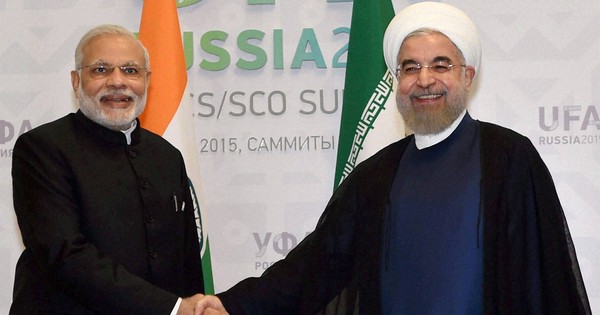 Iran has always been an important player in the volatile Middle East region. In the past, despite economic hardships, 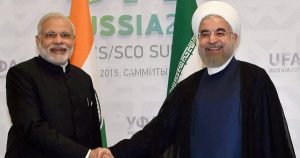 it has sought to maintain an aggressive posture in the region. With a noticeable thaw in its relations with the United States and lifting of US sanctions, its confidence and activism is bound to gather further traction.

Iran has the second largest economy in the Middle East and our economic interests there are fairly obvious. It is also a part of our extended neighbourhood and is critical to the pursuit of our security interests in Afghanistan and in Central Asia. In the past, India and Iran have supported the Northern Alliance in Afghanistan against Taliban. However, despite these extensive linkages and presence of strong historic and cultural relations with Iran, there appears to be misgivings in certain quarters that we may have neglected Iran somewhat in the last decade or so. There is a ‘new Iran’ in the offing and the Narendra Modi government appears fully intent on reversing that perception. India has fielded a string of high level visits to Iran which would culminate in Prime Minister Modi’s visit later this month and the import of priority attention being provided by India to its engagement with Iran would not be lost on the Iranian leadership.

Petroleum Minister Dharmendra Pradhan visited Iran last month (April 2016) to have detailed discussions on a host of projects in the energy sector which is an area of priority  concern in our engagement with Iran. He flagged India’s interest in the development of Farzad-B gas field which was discovered by ONGC Videsh led consortium in 2008. It is estimated to have reserves of 12.50 trillion cft of gas which could last for three decades. Because of sanctions, no further work could be undertaken in that field. Iran has kept this field out of the auction basket and the chances of India acquiring the rights to commercially develop this field appear bright. Minister Pradhan also reiterated India’s commitment to invest upto US$ 20 billion in upstream projects in Iran. In that context, he also visited the Chabahar port Special Economic Zone and requested allocation of suitable land in the SEZ for those projects.

Iran was the second largest crude oil supplier to India in 2008-09 with our imports reaching nearly 450,000 bpd. We continued to import sizeable quantities of oil from Iran even after the imposition of comprehensive sanctions by US in 2010, despite American protestations, but it became increasingly difficult to sustain those levels and our imports came down to half of the earlier offtake. With the lifting of sanctions and aggressive push by the government to ramp up its engagement with Iran, our refiners both in the public and private sectors are getting ready for larger intake of Iranian crude supplies and indications are that our overall import in the current year might well go beyond the pre-sanctions level.

We are also interested in securing long term supplies of gas from Iran at competitive prices. Pricing issue no doubt is a difficult one but should get resolved in the near future. This was one of the priority issues for Minister Pradhan in Iran and he also had preliminary discussions concerning various options for evacuation of gas to India. One of the ideas on the table involves a 1400 km undersea gas pipeline from Chabahar port to Gujarat coast completely bypassing Pakistan since proposals for routing of oil/gas pipelines through Pakistan have not been able to gather much traction because of continuing security and political difficulties.

We have expressed interest in taking up the development of Chabahar port. Its strategic significance lies in providing access to Afghanistan and Central Asia and in that sense it could well be regarded as a counterpoint to the Chinese involvement in the development of Gwadar port in Pakistan. We have already agreed to a concessional funding of US $ 150m for development of jetties and berths at the port and would be prepared to consider additional Line of Credit of US$ 400m for a railway link between Chabahar port and Zahedan. India has simultaneously also expressed interest in starting work on the International North South Transport Corridor (INSTC) which would contribute to better connectivity in the region.

Foreign Minister Sushma Swaraj’s visit to Iran within days of Pradhan’s visit has definitely helped us to raise the pitch for economic and infrastructure projects at the political level and to flag our interest in raising the relations to a strategic level by strengthening our cooperation in counterterrorism and maritime security areas. She was able to secure an assurance from President Rouhani that Iran was willing to be a “reliable partner” for India’s energy needs. Rouhani also spoke of Chabahar port as a “defining partnership” between India and Iran.

Having come under severe economic stress during the sanctions, the Iranian government appears keen on a quick turnaround for which foreign investment in the energy sector would be critical. Indian approaches in this regard may therefore receive welcome and favourable response in Tehran but we would need to be prompt in decision making at our end since there is bound to be a lot of competition particularly from the Chinese and European companies.

Even though PM Manmohan Singh visited Iran in 2012 to participate in the NAM Summit, Modi’s trip would constitute the first full-fledged bilateral official visit after 15 years, the last one having been undertaken significantly by Vajpayee who is regarded as a role model by Modi in so far as pragmatic approach to international affairs, bereft of ideological constraints, is concerned.

A number of economic projects lined up by India are expected to be sealed during PM Modi’s visit. The requisite groundwork for those has already been undertaken by Ministers Pradhan and Swaraj. Modi is also expected to meet Iran’s supreme leader Ayatollah Khameini and that should help in developing requisite political understanding to take the relations forward and underscore the strategic connect.

Most importantly, Modi’s visit would serve to underscore India’s desire to play a balancing role between Saudi Arabia and Iran. We have considerable strategic and economic interests in both the countries and that would require extremely tight rope walking. The whole region is getting rapidly engulfed in the sectarian Shia – Sunni conflict and we must steer clear of it, given the presence of a large Shia and Sunni population in our own country and also since involvement of any kind in the sectarian conflict would bring us face to face with the emerging rivalry between USA and Russia.

Virendra Gupta retired from the Indian Foreign Service recently after having served as Indian    Ambassador in several countries including South Africa. He also founded and headed the Energy Security Division in the MEA in 2007