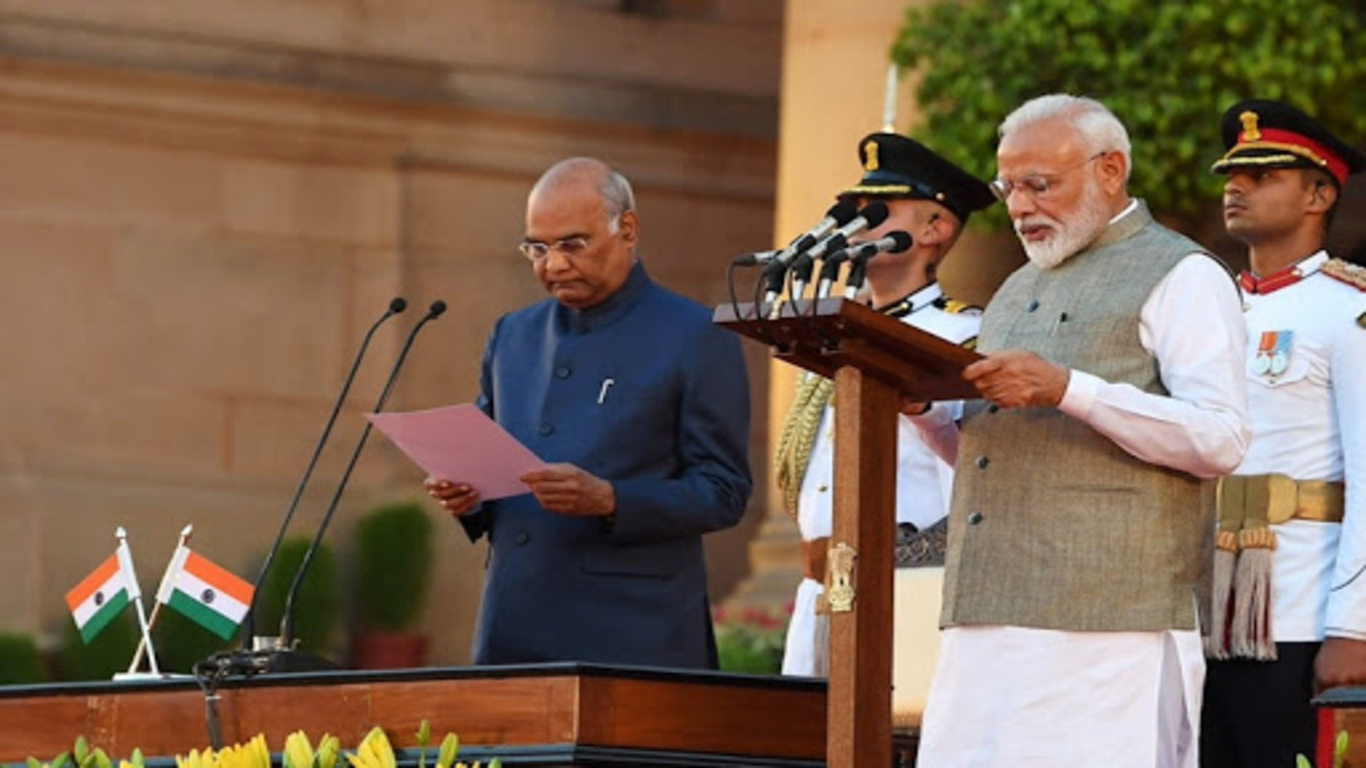 PM Modi’s “Atma Nirbhar Bharat” vision, his call for being “vocal on the local” are part of that unbroken chain of thoughts. He firmly feels that India’s moment of shaping a new world order, post the pandemic has come. Indeed, the post-Corona world calls for a new world order.

Prime Minister Narendra Modi’s call for an Atma Nirbhar Bharat – a self-dependent – India is not a claptrap; it is a call for a comprehensive civilizational self-renewal. It articulates India’s engagement with the world at a time when the contours and narrative of globalization is being sharply debated and examined. When public intellectuals are speaking of an unfortunate return to the fortress existence, when many are speaking of isolationism and a falling back upon oneself, Prime Minister Modi speaks of being self-reliant but not self-centered, and of a future which is about “togetherness and resilience.” He speaks of delineating India’s trajectory in shaping a post COVID19 world order. In fact, unlike the Congress party whose slogan of the seventies, “Garibi Hatao” which was a mere slogan to garner votes and remained unimplemented, the BJP’s vision of a self-dependent India, has been articulated ever since the first days of the Jana Sangh.

In its first manifesto for the first general elections in 1951-52, the Jana Sangh, then under the leadership of its founding president Dr Syama Prasad Mookerjee, spoke of making the country “self-sufficient in consumer goods through the widespread development of small-scale and cottage industries” among other things and spoke of the “encouragement of Swadeshi” and said that “to give fillip to national industry the party will take steps to re-awaken the national conscience in favour of Swadeshi…”

In his many writings, talks and public addresses Pandit Deendayal Upadhyaya, for instance, often spoke of the need to awaken the ‘spirit of self-reliance in the country.” Deendayalji spoke of the need to rekindle “self-esteem”, this rekindling had to be comprehensive and all-around. “Self-esteem is a feeling of the heart. I believe this feeling is essential too for the development of the individual and the nation”, he observed. In the same vein Pandit Deendyal Upadhyaya speaks of “keeping the nation’s identity alive so much so that even if we have to acquire something from outside, we do so in a way that it should become our own.” This was one of the fundamental positions on which the entire narrative of India’s self-dependence had to stand. The economic and policy debates in the early years since independence revolved around this essential position. Every nation therefore, Deendayalji argued, “has to think about its centres or sources of inspiration, which must always be within” because if they are “alien, the situation becomes debilitating and destructive…” In course of his writings and political discourses, Pandit Deendayal Upadhyaya emerged as one of the foremost exponents of his times arguing for the need to evolve a policy and economic framework that would lead us to national self-reliance.

To give just one more example, later, just the BJP, the party’s economic resolution in July 1985, spoke of how the need for “self-reliance” was forgotten. The vision of an Aatma Nirbhar Bharat therefore has been driving and exercising the Jana Sangh’s and BJP’s policy horizon, right since inception. Prime Minister Modi has, in the last six years, systematically moved towards realizing that vision. DBT, Jan Dhan, Mudra, eliminating of delivery leakages are steps towards realizing that vision. His call for becoming vocal on local products, in encouraging their manufacturing, in supporting them and in disseminating them globally are to be seen and internalized against the backdrop of that vision and aspiration. The calls therefore of a “New India” and of an Aatma Nirbhar Bharat, are not hollow slogans, they are aspirations which are being realized.

PM Modi has also called for the need of a new globalization. This globalization, he has argued, needs to be human centered. This stands in clear contradistinction to the current narrative of globalization which has evolved over the last so many decades – a globalization which is primarily focused on homogeneity, is at times hegemonic and has manifested in some, a propensity to exploit and impose uniformity. PM Modi, is perhaps among the few, or the only world leader, who while immersed in handling the Corona challenge, has also kept articulating fundamental thoughts and ideas on a post Corona world and the role India would play in shaping it.

PM Modi’s “Atma Nirbhar Bharat” vision, his call for being “vocal on the local” are part of that unbroken chain of thoughts. He firmly feels that India’s moment of shaping a new world order, post the pandemic has come. Indeed, the post-Corona world calls for a new world order. As thinkers and experts have indicated ad nauseam, never has the world, since the Spanish Flu pandemic a hundred years ago, or since World War two, seven odd decades ago, seen such a reversal, such upheaval and overturning of most of our established notions and beliefs. The dominant structure and narrative of the current wave of globalization is under intense scrutiny and PM Modi’s call for a renewed look at globalization came early into the pandemic when most others were trying to fathom the extent of its impact on international dealings.

In a write-up towards the end of April and in his interactions with young professionals on the next major ideas which will shape the post COVID world, PM Modi had indicated how India, a youthful nation with the zeal for innovation can alter and re-structure the terms and framework of globalization. He had written about India emerging as a crucial supply-chain hub, “India, with the right blend of the physical and the virtual can emerge as the global nerve centre of complex modern multinational supply chains in the post COVID-19 world,” and had spoken of the need for “seizing the opportunity.” His call for being vocal on the local, thus, has given the first impetus towards seizing that opportunity.

The emphasis on the “local” also rekindles our call to action whenever a struggle for our destiny has been in the offing. It is a call which has always galvanised our collective imagination, it is a call which has always remained intrinsic to the psyche of a free India. Despite facing decades of ridicule and misinterpretation, that sense has survived and has seen India emerge today as one of the leading start-up and innovation hubs globally. The call for a self-dependent India was also a defining dimension throughout our struggle for freedom.  PM Modi’s call for being vocal about local, has a global dimension – it is to both to project India’s material capacities and spiritual truths.

In fact, most of our epochal thinkers, who articulated or envisaged a free India also spoke of her role in the world. They spoke of being nationalist and internationalists and negated a rootless cosmopolitanism, a “rootless universalism”, while also decrying a compartmentalized self-centeredness. They staunchly advocated the need for reviving and strengthening our cultural and industrial bases and genius that would turn India into a centre of global transactions – ideational as well as material.

The narrative of the twenty first century being the Asian century, is taking shape, and in shaping the Asian century India, has begun to play a pivotal, defining and a civilizational role. When PM Modi said, that “India’s culture considers the world as one family, and progress in India is part of, and also contributes to, progress in the whole world” and “the world trusts that India has a lot to contribute towards the development of the entire humanity”, he is exactly reiterating our civilisational aspirations articulated, over ages, by some of the leading shapers of our collective destiny.

(The writer is Director, Dr Syama Prasad Mookerjee Research Foundation,  views expressed are his own)