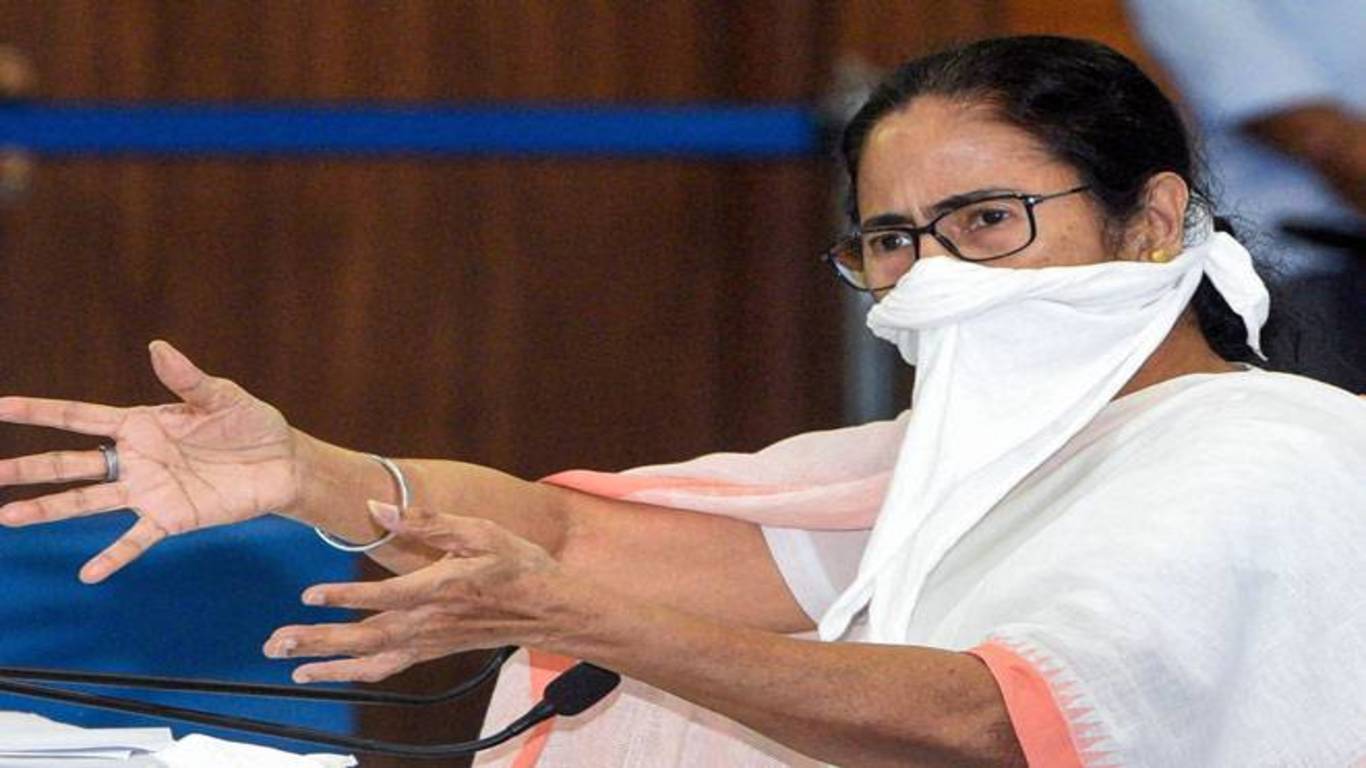 Amphan is Mamata Banerjee’s reverse Aila moment, and she has displayed the same brazenness, the same arrogance, the same failures and the same disconnect that the Left Front had displayed a decade ago leading to its complete debacle in 2011.

For more than seventy hours after Cyclone Amphan hit West Bengal, parts of the state and its capital city Kolkata lay powerless. As of writing this, power still remains to be restored in some parts of Kolkata. With ruling party councillors missing in action, nowhere to be seen and completely unresponsive to appeals and entreaties of their constituents, people of the city and in a number of other municipal towns began getting restless. Most of the TMC councillors, as one understands from various accounts, were either missing, or were rude and belligerent when approached by the people of their locality. The TMC’s social media brigade was on a furious spree of abusing those who questioned the Chief Minister, calling them names, hurling regional slurs and telling everyone why the Gujarat model had failed!

The Kolkata Municipal Corporation helpline that Chief Minister Mamata Banerjee had spoken off just a day earlier, indicating that her administration was in all readiness, did not respond to emergency calls. Unable to bear it any longer, people began to take to the streets of Kolkata and other small towns across West Bengal, demanding that essential services be restored, or at least, that their elected representative come and stand by them in this harrowing situation. In a number of places, Mamata Banerjee, also the Home Minister of the State, instructed the police to remove the protestors. Instead of the state’s disaster response teams moving in to help people out, police and RAF teams were asked to move in and clear protestors.

The Chief Minister’s response to protestors exposed her insensitivity to and intolerance of dissent. Responding to reports of people protesting across the state, Mamata responded by expressing mock humility, “I plead with folded hands please don’t protest and indulge in politics now” and offered to behead herself, “what should I do, behead myself and offer you people my head?” she asked sarcastically. Such retorts, have become her hallmark, over the years. Recall her remark made exactly a year back, after the party’s debacle in the 2019 Lok Sabha elections in which the BJP won 18 seats from the state reducing the TMC’s tally to 22. In a press conference on May 25, in which she appeared for the first time since the election results, Banerjee had said, that perhaps she had done more than the people actually deserved. It was perhaps an unheard of observation in the annals of post-independence India’s political history.

Mamata Banerjee has indeed come a long way in the last nine years.  Many recall that when Cyclone Aila struck West Bengal in May 2009, Banerjee was there on the road, beside the people. Breaking news in several channels had then showed how the Left Front leaders were missing, while Mamata was there, on the roads of Kolkata, beside the people. Aila proved to be the Left Front’s undoing. The alliance came across as arrogant, lacking direction, cut-off from the roots, divorced from the people and increasingly captive to a failing and fading political narrative which could not evolve a credible roadmap for West Bengal.

Many have now begun pointing out, how Mamata, then Union Minister for Railways, in the UPA II government, had opposed a direct central grant of Rs.1000 crore to the state government on account of the destruction caused by Aila. She had then told, in widely publicised interview, that “The money should go from PM to DM (Prime Minister to District Magistrate), from DM to the Zilla Parishad (ZP), ZP to Panchayat Samity (PS) and from PS to Gram Sabha so as to properly reach the people,” and that there was a “bitter experience” of the manner in which this government, that is, the Left Front government, had handled funds that came into the government’s kitty from the Central government. Ironically, post Amphan, there is a growing chorus, among people, that the aid announced by Prime Minister Modi must be directly given to the beneficiaries and that some way needed to be found out, to bypass the state government. Again, Banerjee has come a full circle.

Amphan is Mamata Banerjee’s reverse Aila moment, and she has displayed the same brazenness, the same arrogance, the same failures and the same disconnect that the Left Front had displayed a decade ago leading to its complete debacle in 2011. She did not even have the basic courtesy of thanking Prime Minister Modi, who had dashed to West Bengal in the immediate aftermath of the Cyclone, surveyed the affected areas and also held an administrative meeting in Basirhat in the southern tip of the state. While Mamata publicly thanked Chief Ministers who only offered condolence and help – in case she required –she studiously avoided thanking the Prime Minister of India, who had air dashed to Kolkata, his first tour since lockdown was announced. Over the years, Mamata has only displayed pettiness towards those who have been nice to her or have stood by her through difficult times.

PM Modi’s commitment to West Bengal has never seen any dilution in these last six years that he has been at the helm. Despite being publicly abused by Banerjee, PM Modi has always striven with the same commitment and composure to push the causes of the people of West Bengal. It would be relevant to recall here, how in the aftermath of the Cyclone Fani, which had hit Odisha and West Bengal in April 2019, at the peak of the Lok Sabha election campaign, when PM Modi had asked for a meeting with the Chief Minister of West Bengal and the state’s administration, in order to make an assessment of the extent of damage, Mamata Banerjee had mindlessly responded, steeped in an uncontainable arrogance, that Modi was not her Prime Minister and that she would only speak to the next Prime Minister after May. Indeed, Mamata spoke to the next Prime Minister, she was compelled to speak to Modi, just one year down the line, when Amphan hit the state and wreaked havoc. Modi, the Karmayogi, strictly and without let-up in following his dharma, had already made up his mind to visit the state and make an assessment for himself and to be with the people at such a difficult hour. The people of the state have responded to him, his visit, if one were study and follow public response and reaction from across the state, came as a relief to the people.

Cyclone Amphan has also shown that despite all the rhetoric about “unnayon” – development, Mamata has been able to put little in place, in terms of disaster management, in the last one decade that she has been in unchallenged power. The state lacks a disaster mitigation or management plan, continues to remain woefully ill equipped when it comes to handling disasters, and has, unlike neighbouring Odisha, failed to create a system which is responsive to disasters and is capable of getting the situation fast on track whenever a natural disaster of this magnitude strikes.

As days pass Mamata Banerjee seems unwilling or incapable of rewinding or retracting her steps. Instead of trying to control her party lumpens, instead of trying to rein in her regional satraps and their parasitical eco-system, the only stance that she has been increasingly taking in public is to distance herself from her party, as if to try and convince people, that she means business, while her party men are corrupt-siphons. But even this cosmetic stance has stopped having takers. Whether it is handling the ongoing Covid pandemic as Health Minister, whether it is handling the law and order situation of the state as Home Minister, especially her inability to enforce lockdown effectively on a particular community who kept flouting it with impunity, whether it is the handling of Amphan as Chief Minister, Mamata Banerjee has started floundering, she has started tripping and is unable to control or direct anymore. This debilitation is being compounded by a sense of extreme hubris that she keeps displaying. In the summer of 2009, most of the leaders in the Left Front, who mattered, were afflicted with that same sense of infallibility. They behaved as though the people were dependent on their leadership and therefore they had no need of being answerable to them. However, they soon realised, that it was the other way that despite being in power for decades their power essentially depended on the consent of the people. The gust of Aila had withdrawn that consent. The political fall that followed, was a crushing one.

(The writer is Director, Dr Syama Prasad Mookerjee Research Foundation, views expressed are his own)