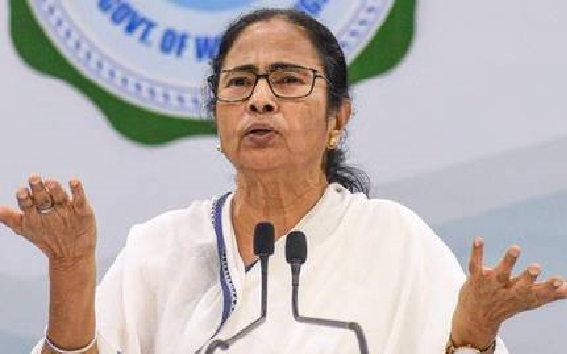 In Bengal, however, the appointment of death audit committee was evidently associated with number game. Innocent medical terms like ‘co-morbidity’ became a matter of public interest. Official toll was rising but by ones and twos. Social media was abuzz with rumors of cremation of bodies (following COVID procedures) in larger number than the official toll.

So how did the COVID story go in West Bengal over the last month? The following screenshots collected from “COVID Tracker” (which goes by central and State official disclosures) on April 3 and May 3 give some – but not all – idea about it.

Let us start with what is not represented in COVID Tracker data.

West Bengal was going all good in March. We all rallied round the flag in the time of crisis. Those were early days of lockdown1. The threats from the disease were more perceived than visible.

Globally, this disease affected the most thriving and hence connected societies harder. From that perspective Kolkata was safest of all metros as it is the least thriving among all #Indian metros.

The beginning of controversy

On March 31 night, the super-spreader incident pertaining to Tablighi Jamat at Nizamuddin Markaz in Delhi came to light, creating flutters across the country. One-third of Indian muslims are followers of Tabligh. Most States jumped into arresting the damage, neighbouring Assam completed the mammoth task of tracking down some 250 people and getting them tested within 24-48 hours.

West Bengal having the third largest Muslim population after J&K and Assam, there were natural fears.

Coincidentally, something strange happened in Bengal on April 2. First, a seven-member Expert Committee appointed by government announced seven[i] deaths (including four deaths during the preceding 24 hours). Till that time this committee used to issue daily bulletins.

But, April 2 had been the last time the seven-member committee met. Because, within an hour of declaring the toll as seven, the State Chief Secretary met the press and attributed only three deaths to COVID. Soon the expert committee was dismantled and replaced by five-member Death Audit committee that had listed out a detailed and lengthy set of conditions which needs to be fulfilled to attribute deaths to COVID.

Death audit is common in hospitals to ascertain the exact cause of death as a matter of medical-academic interest so as to improve the standard of treatment. It is also necessary from medical-legal perspective.

It is a very technical job and takes time. During an epidemic the medical system remains stressfully focused on treating patients. A standard death certificate mentions the immediate cause of death – which is mostly septicemia or cardiac failure etc – followed by the epidemic disease infection and other ailments that the patient was suffering from even if they do not have direct relation to the death.

During epidemic or pandemic, when people are dying in large numbers; there is barely time for going into all these. Audits do happen but with a time lag, and with an aim to identify trends. This helps create a deep-dive data pool which comes to use in realigning resource mobilization or treatment procedures. All the debates we hear from global medical fraternity on symptoms, spread of infection etc are coming from death audits.

In Bengal, however, the appointment of death audit committee was evidently associated with number game. Innocent medical terms like ‘co-morbidity’ became a matter of public interest. Official toll was rising but by ones and twos. Social media was abuzz with rumors of cremation of bodies (following COVID procedures) in larger number than the official toll.

This newspaper report[ii] captured the mood of the early days of the controversy.

It is a common knowledge that India took time to step up testing which is key to fight COVID. As in March – when lockdown1 was announced – India was testing barely 2000 samples a day. The daily ICMR bulletins confirmed testing rate started rising in geometric progression sharply in beginning April 1 (4000/day). As on May 2, this daily rate increased to over 97,000. Considering India’s population, this is not enough but, definitely a distinct improvement from the past.

India’s testing rate followed a consistent upcurve since April 1. As a natural consequence the number of COVID infected started rise dramatically. In West Bengal, however, things followed a different pattern. From April 2 to April 12, official statistics had hit a slow track.

There is nothing wrong in it, except the fact that this was not matching with the anecdotal evidence shared by friends/relatives/ acquaintances or on social media – all pointing at a curb on testing. Private hospitals were referring patients with cough and cold – for COVID test at designated government facilities but they were evidently reluctant to do the same.

No one knew why it happened till an NDTV report carried version of regional ICMR virology lab that claimed sudden drop in flow of samples from roughly 80/day to 20/day for testing. Did the State put a curb on testing? There is no documentary evidence to suggest that.

But between April 1 and Aril 12, West Bengal conducted only 1864 tests at a daily average of 155/day. After the NDTV report on April 12 which was followed nationwide, West Bengal’s testing average increased.

The next big revelation came on April 24 when the State Chief Secretary announced that 57 patients with COVID died in West Bengal. The declaration came after the central team flagged concerns (see report[iii]). The official COVID death number was pegged at 18 and rest were attributed to comorbidity. Four days later on April 30, the Chief Secretary further clarified that a total of 105[iv] COVID positive patients died but only 33 died of COVID.

Puzzling indeed but not enough. On the same day i.e April 30, the Principal Secretary – Health, Vivek Kumar, wrote a letter to the Centre in which he gave detailed break-up of the COVID positive patients in West Bengal. The numbers when added up were nearly 170 odd higher than was ever known to media. At a single stroke the total number of patients moved up from 750+ to 931[v].

What was this? Had so many deaths or infections happened overnight? No. During his press conference on April 30, (while declaring 105 deaths), Chief secretary, Rajiva Sinha, categorically mentioned that the jump must not be attributed to immediate deaths. These were cases pending for audit. There is no answer if the total number of patients also pending for audit?

The puzzle affected the count at COVID tracker. On May 3 the suddenly increased patient count without clarification. Death toll is shown at 48. This is wrong. Till April 30, 105 people died. West Bengal govt bulletin on May 1 and May 2 declared further 15 deaths. (The audit committee is dismantled so these deaths are current) The total COVID positive casualty stood at 120 till May 2.

What is happening in Bengal in last few days is probably a clean up drive and most probably it is initiated by Kumar. April had been a month of some great data puzzle. In all probability, the citizens have started getting updated information on COVID infection and death for last few days only. Lets hope the trend will continue.

With 120 dead against 931 infections, till May 2, West Bengal is national concern. The mortality rate in the State is one of the highest in the world and three times of Indian average. Despite increase in daily tests in last few weeks, the State ranks third from the end, in terms of test per million population.

It means West Bengal has a lot of catching up to do if it wants to save its people from the clutches of Corona. Lets hope that people of Bengal will not pay a huge price for all the misinformation.

(Pratim Ranjan Bose is a senior journalist & political commentator. This article was first published in his blog.)