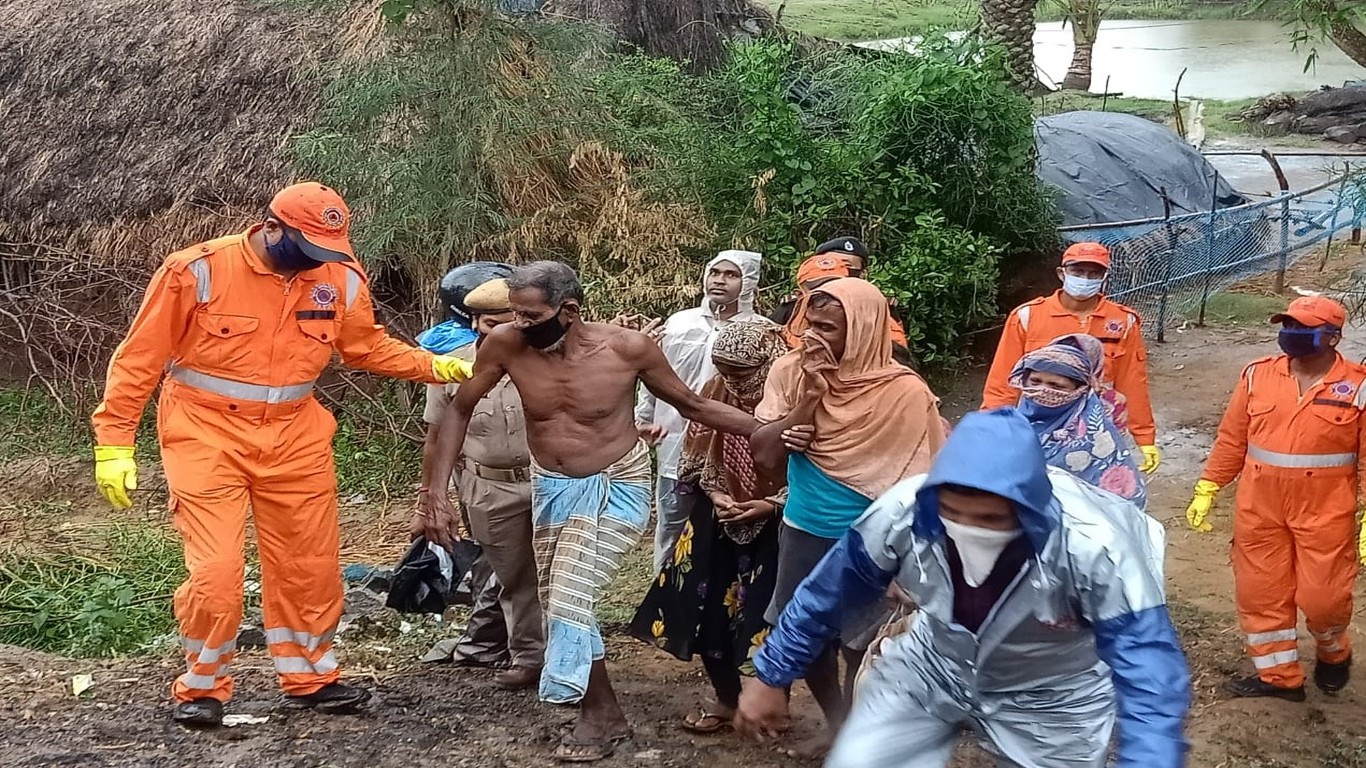 This article is suggestive of effective utilization of expected Disaster Relief Fund that Government of India may plan to disburse for the State of West Bengal after Cyclone Amphan. PM Modi would be here in West Bengal on May 22 to have a sight of devastation of the State. Just before that this is in order to humbly suggest a possible modus operandi of disbursement to maximize its benefits for the disaster-struck people, by avoiding the intermediaries.

Amphan has rampaged at least 3 districts of West Bengal namely Uttar & Dakshin 24 Parganas & Kolkata. Social Media has been flooded with innumerable pictorial & videographic documents of indiscriminate devastation caused by nature’s fury. GOI Relief to replenish financial loss incurred by people thereof must reach them in totality without getting lost in the hands of intermediaries who are reported mostly to be ruling party associates.

West Bengal administration, especially the Finance Department, is apparent to be integrally instrumental in Government Treasury defalcation of the State. Finance’s involvement appeared indirectly evident when, in October, 2018, the Department refuted to co-operate with Comptroller and Auditor General of India to conduct a Process Audit of Welfare Schemes of WB Govt. Refusal to co-operate with CAG Process Audit made West Bengal administration’s defiance against Constitution & Finance Department’s involvement in defalcation apparent. Hence, after Cyclone Amphan, GOI perhaps needs to work out a new methodology for sending relief to West Bengal so that the relief reaches the real target. At a time when Indian Economy is worst struck by Covid 19, every penny sent to people needs to reach the needy.

BJP MP Swapan Dasgupta tweeted that “Cyclone Amphan has been quite devastating in at least 3 districts of West Bengal. Reconstruction of people’s homes will be a priority. Make sure the government aid goes directly to those who lost their homes in the cyclone. The sharks must be kept out.” However, it’s learnt to be difficult, if not impossible, to keep out the ‘sharks’ if the Disaster Relief Fund is sent to the State Government under the existing format. In the recent announcement of Atmanirbhar Package, GOI attempted to institutionalize the disbursement of money to MSME sector through Banks & NBFCs perhaps to minimize the reach of intermediaries. May relief disbursement too be institutionalized by some means? Banks & NBFCs perhaps can’t be made directly instrumental in the disbursement of relief fund as these are profiteering Organizations. However, GOI may ask West Bengal Administration to send full list of victims along with itemized details of loss they incurred due to Cyclone Amphan & corresponding Rupee value thereof so that DBT can be made to compensate the victims directly.

This may be done by a step-by-step online process. Many Government offices are working in such formats these days & applications for various business licenses are being collected online in similar ways.

1. GOI may direct the State to select a Nodal Officer for each Cyclone-struck District. This may take maximum 3 days for 3 affected districts of West Bengal.

3. In the meantime, for this purpose, GOI may launch a Site where disaster victims may directly upload their data including names, address, districts, bank details, mobile numbers, details of loss & tentative Rupee value estimation thereof.

4. Before launching the site for victims, it may be launched for the Nodal Officers.

5. Nodal Officers would upload the panel of Inspecting Officers to the site using their own USER ID & PASSWORD.

6. After the panel is uploaded, each Inspecting Officer may get a USER ID & PASSWORD for his own usage.

7. After the List of Nodal Officers & Inspecting Officers are ready, GOI Site may have their names & contact numbers enlisted there. Thereafter, the site may be made available for public willing to file applications.

8. The application may either be filed personally by the applicant victim or through local Government Offices and/or Private fecilitation Centres pre-authorized by GOI.

9. Having records of such primary online applications, GOI may redirect it to the corresponding district’s Nodal Officer.

10. The Nodal Officer may redirect it further to the corresponding Inspecting Officer using his own USER ID & PASSWORD

11. The Site may transparently show the Status of each application, e.g whereto it had been redirected, wherein is it pending etc at every stage

12. Inspecting Officer may be directed to inspect within a stipulated time period, say, 15 days, the applicant victim’s venue & cross-verify his loss-details & endorse it back to GOI.

13. The Inspecting Officer may submit his report on the Site using his USER ID & PASSWORD.

14. GOI, the Nodal Officer as well as the applicant would be able to access the Inspecting Officer’s report.

15. After such endorsement of the Inspecting Officer, GOI may DBT the relief to the applicant’s bank account as available in his application.

The status of each application may be kept transparent & visible on Site. The original applicant would thus be able to see online at which end his application is pending along with the name & phone number of the concerned officer. The affected victim, if required, may follow up with the right person of the local administration & be able to get his case cleared.

Officers of Panchayat, Block Development Offices & Municipalities may be instructed to help people to file their applications. GOI may direct the State to order its employees for helping the common people. GOI would entrust & ask the banks to verify & certify that the bank details furnished in the applications actually belongs to the applicant himself/herself. Banks’ certifications may be uploaded by the respective Inspecting Officers and/or Nodal Officers using their own USER IDs & PASSWORDs.

From the antecedents of West Bengal, it may be anticipated that the State may disagree to co-operate with GOI in the above suggested process. However, if WB defy to co-operate, that would be in strict violation of the Constitution’s Article 256 & 257 that read as given below:

“256. Obligation of States and the Union —
The executive power of every State shall be so exercised as to ensure compliance with the laws made by Parliament and any existing laws which apply in that State, and the executive power of the Union shall extend to the giving of such directions to a State as may, appear to the Government of India to be necessary for that purpose.

Every person, be he of any socio-economic class must be eligible to file application through the standard modus operandi. It is time India owns everyone equally & does not consider only the poor when disbursement of Government Relief is concerned.

Trees have fallen like dead bodies all over. Many such uprooted trees may be re-rooted (wherever possible) instead of cutting them down into pieces of woods & liquifying them off. This is infrastructural mending that needs to be done as trees are lives, basic producers of our ecosystem & the first line of defence against such Cyclones. Is it feasible to use NDRF for re-rooting of trees? GOI may consider.

Disaster Relief Application Site, once formed would be able to function ever in future. It needs to be systematized for maximum fruitful utilization of public money for people’s benefit in general. A natural disaster must not appear as another great opportunity to augment Ruling Party Cronyism.