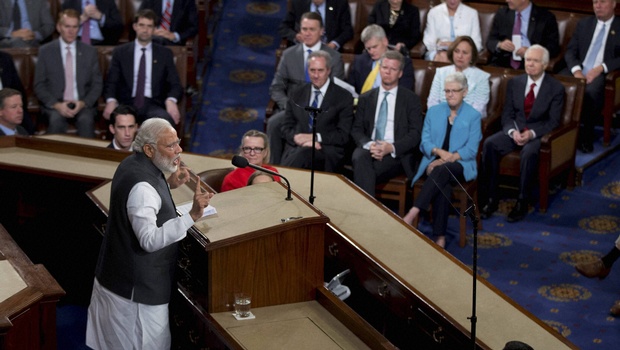 Several years ago, during an interview with a senior Tibetan Lama on the future of China, the venerable monk started quoting the Mahabharata; he said, “look at Ravana, he had become so arrogant that this triggered his own end.” He conclusion was that China today (it was several years ago), was becoming far too arrogant and it was not a sign of maturity and strength, but possible fall.

This came back to mind when I read the recent editorial of The Global Times, the mouthpiece of the Communist Party of China. India had just successfully conducted its fourth experimental flight of an Agni-V missile from Wheeler Island, off the coast of Odisha. The indigenously developed intercontinental ballistic missile is said to have a strike range of 6,000 km.

The fact that Agni V can reach the northernmost parts of China deeply irritated Beijing; The Global Times quoted The Times of India which had pointed out that the missile range could ‘cover the entire China’ , concluding ‘Agni-V can deter China’. It wrote: “India has broken the UN’s limits on its development of nuclear weapons and long-range ballistic missile. The US and some Western countries have also bent the rules on its nuclear plans. New Delhi is no longer satisfied with its nuclear capability and is seeking intercontinental ballistic missiles that can target anywhere in the world and then it can land on an equal footing with the UN Security Council’s five permanent members.”

One should read ‘equal footing’ …with China.

But is it a crime for India to seek a seat in the Security Council or to develop a deterrent policy against belligerent neighbours? In a condescending manner, the article asserted that India should realize that Beijing will not block India’s development of long-range ballistic missiles, as “Chinese don’t feel India’s development has posed any big threat to it.” The Global Times added that India couldn’t be considered as “China’s main rival in the long run,” because there was “a vast disparity in power between the two countries”.

China may be far more ‘powerful’ than India today, but this is without taking into account the obvious weaknesses of the Middle Kingdom, whether its huge internal debts, its highly unstable ‘minorities’ areas (i.e. Xinjiang and Tibet), everyday deeper disparities, a repressive regime or the independentist  tendencies in Taiwan and Hong Kong.

The article advised Delhi ‘to build rapport’ with Beijing. Beijing could not resist bringing its all-weather friend in the story: “Pakistan should have those privileges in nuclear development that India has.” Delhi was arrogantly lectured: “China is sincere in developing friendly ties with India. But it will not sit still if India goes too far. Meanwhile, New Delhi understands that it does little good to itself if the Sino-Indian relations are ruined by any geopolitical tricks.”

It shows that the Chinese leadership’s utopian dream is to forever keep India at Pakistan’s level. According to The Global Times, it is in any case not difficult to produce such missiles: “If the UN Security Council has no objection over this, let it be. The range of Pakistan’s nuclear missiles will also see an increase.”

The final conclusion was “India should realize that owning several missiles does not mean it is a nuclear power. Even though India does become a nuclear power, it will be a long time before it can show off its strength to the world.”

When the spokesperson of the Chinese Ministry of National Defence was asked about the Agni V, he redirected the questioner to the Ministry of Foreign Affairs which “already stated clearly China’s position”. He however emphasized the good relations between the two countries: “The defense ministries and militaries of the two countries have conducted a series of important exchanges and activities. For example, the 8th meeting of China-India Defense and Security Consultation and the 6th joint anti-terrorism exercise held by the Chinese and Indian armies were held in India. Zhao Zongqi, Commander of the Western Theater Command of the PLA visited India this year.” He also mentioned the visit of Defense Minister Manohar Parrikar and Chief of the Army Staff General Dalbir Singh Suhag to China in 2016.

What to conclude of this?

There is no doubt the China is far ahead of India in many fields, but the deterrence effect of the latest test is an important strategic factor.

Beijing today prides itself of J-20 stealth fighters which made their maiden public flight on November 1 on the occasion of the 11th China International Aviation and Aerospace Exhibition in Zuhai. Xinhua then affirmed that the J-20 is expected to boost the fighting capacity of the Chinese PLA Air Force (PLAAF). This is fine, but China forgets to say that it is today unable to develop its own engines and still depends on the Russians.

Several other great achievements are regularly highlighted in the Chinese media: the Y-20 military transport aircraft which officially joined the PLAAF in July 2016; the Liaoning aircraft carrier which for the first time ventured in the Pacific along with several destroyers and frigates and a few J-15 carrier-based aircrafts; the AG600, said to be the world’s largest amphibian aircraft or the Type-96B tank, “a pillar of China’s tank force. …The handsome, sturdy and durable tanks made a lasting impression.”

China’s achievements might be real but Beijing should refrain from commenting on India’s. It seems that Beijing regrets the time when India was docile and weak. On December 28, 1949, two days before India became the second nation to officially recognize Communist China, Nehru strongly reprimanded General KM Cariappa, the Indian Commander-in-Chief that the defence budget was too high. The Prime Minister wrote: “To my great surprise I have learnt recently that, instead of going down, the defence expenditure has gone up with a jump and Rs. 171 crores [from 157 crores] are now being claimed for next year’s estimates. I just cannot understand this and it seems to me that there is no appreciation at all of the country’s present serious condition or of the grave dangers of our allowing our defence expenditure practically to swallow up most other forms of expenditure. I am alarmed.”

Today, India believes in deterrence and even if India is not a ‘big country’ like China, India is ready to face any challenge. The present Indian leadership knows that even if the ‘spirit of the Nation’ is necessary, but not enough.

(The author is a well-known columnist, Sinologist & author who has lived in Indian for over four decades. Vies are his own)