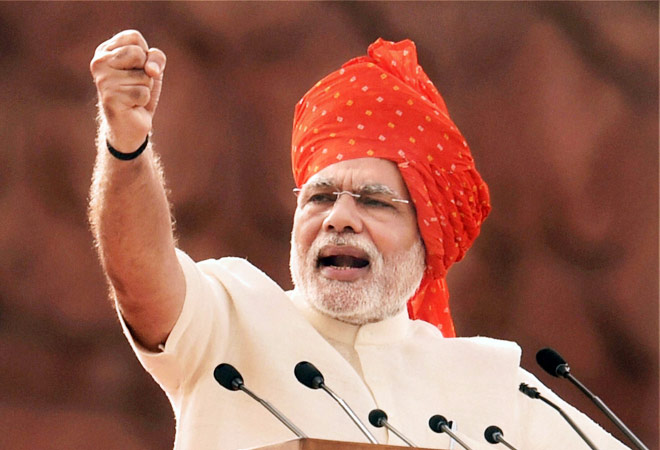 Swapan Dasgupta
The sponsors of the rating poll were a little taken aback by the persisting popularity of Modi and his Government. 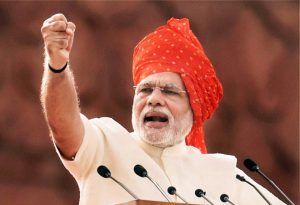 The opening lines of the ET editorial reflected the bewilderment, “Exports, stock market indices and corporate returns might be down and banks battered by bad debt, but the popularity of Prime Minister Narendra Modi remains undiminished…”
Getting the right fix on the popular mood is an infuriatingly complex project in India. Apart from its sheer size and enormous diversity, there are marked regional variations and uneven access to information that enables people to make up their minds. Moreover, in matters centred on governance and politics, there is often a confusion over the multiple layers of state authority. This week, talking to investors and money managers in Mumbai, I was struck by the extent to which state subjects also influence judgements on the Central Government in Delhi.

Nor do State election outcomes tell us everything we need to know about the performance of the Centre. In the present round of State Assembly elections, for example, the ruling BJP is expected to secure a lower share of the popular vote than in the general election of 2014. This is due to the fact that politics in India is strongly multi-polar and multi-layered. Those large numbers of people in West Bengal, numbering around 17 per cent, who voted for the BJP in 2014 (or, more accurately, voted for Narendra Modi) aren’t likely to all vote similarly in 2016. This may be partly due to dissatisfaction with the Centre’s performance but, more likely, they may be inclined to see Mamata Banerjee as the main issue of the Assembly poll. Their preferences may have absolutely no connection with their belief or lack of faith in Prime Minister Modi.

It is in this connection that the sectoral poll of the urban middle classes by Economic Times and TNS, published last Thursday, assumes a measure of importance. The strategic importance of people earning more than `3 lakh per annum has long been recognised. Apart from the fact that most such individuals are educated, this class is most exposed to the media, technology and global influences. Moreover, middle class attitudes often have a multiplier effect: they influence sections of society a notch below, if not above.

Traditionally, the BJP has always had a commanding influence in this layer of society. In 2014, apart from Kolkata, Chennai and Hyderabad where regional parties held on their turf, the BJP won quite resoundingly in Delhi, Mumbai, Bangalore and Ahmedabad. Indeed, the BJP can be said to have its core vote among the educated, better-off, urban Hindus of India  unlike the Congress which is still (despite significant losses) dependant on minorities and the economically poor for its sustenance.

Given this implicit socio-political bias, it is hardly surprising that the approval ratings for Modi remain extraordinarily high  7.68 on a 1:10 scale. More to the point some 45 per cent of the respondents expressed high satisfaction with the NDA Government’s economic track record, while another 41 per cent expressed moderate satisfaction. A mere 14 per cent were dissatisfied. The approval of the Modi Government, curiously, also extended to the field of job creation and optimism over the future.

Since most political judgements, particularly those of the media, are formed on the strength of perceptions born out of echo chambers, it hardly surprising that the editors of ET (the sponsors of the poll) were a little taken aback by the persisting popularity of Modi and his Government. The opening lines of the ET editorial reflected the bewilderment: “Exports, stock market indices and corporate returns might be down and banks battered by bad debt, but the popularity of Prime Minister Narendra Modi remains undiminished…” Indeed, the editorial couldn’t hide its disappointment that a nebulous aspirational urge has prevailed over “tangible achievements” and “actual deliver”.

What prompted even greater surprise was the poll finding that the middle classes are disinclined to paint the BJP as the villain of the shrill campaign centred on nationalism and sedition. Indeed, the feeling is that the prime responsibility for this social turbulence rests with the Congress.

The Congress and its leader Rahul Gandhi in fact emerges a little bruised by this poll. Rahul’s approval ratings are a modest 3.61 compared to Modi’s 7.68. This suggests that the Congress is yet to recover from the wave of revulsion that led to its electoral decimation in 2014. It also indicates that real opposition to Modi isn’t led by the Congress, but by a media that fights against commonly held notions of what is right and wrong.

By definition, a poll among the middle classes doesn’t convey the totality of popular feeling in India. However, it does indicate something that is highly significant: the visible mismatch between the media (particularly the English language media) and its consumers. For the past year or so, the media has undertaken a shrill campaign against the Modi Government, painting it as inept and socially divisive. This poll suggests that media attitudes have been formed, not as a consequence of visible middle class exasperation, but as a part of the autonomous predilections of the editorial classes. Even on the emotive issues of JNU and Bharat Mata, where the Government has come in for considerable ridicule, the middle classes appear to think very differently. Maybe this explains why, increasingly in the social media, ordinary readers and viewers are no longer diffident about expressing — sometimes abusively — their contempt for those entrusted with the business of information dissemination.

I don’t believe for a moment that this poll will prompt the media or the cosmopolitan minority in the middle class to review their own self-comforting certitudes. The self-image of the media is based on pious infallibility, and this is unlikely to change. Democracy doesn’t merely confer rights, it also accords a set of indulgences to those see themselves as guardians of the people. These indulgences include the unquestioned right to get the wrong end of the stick.