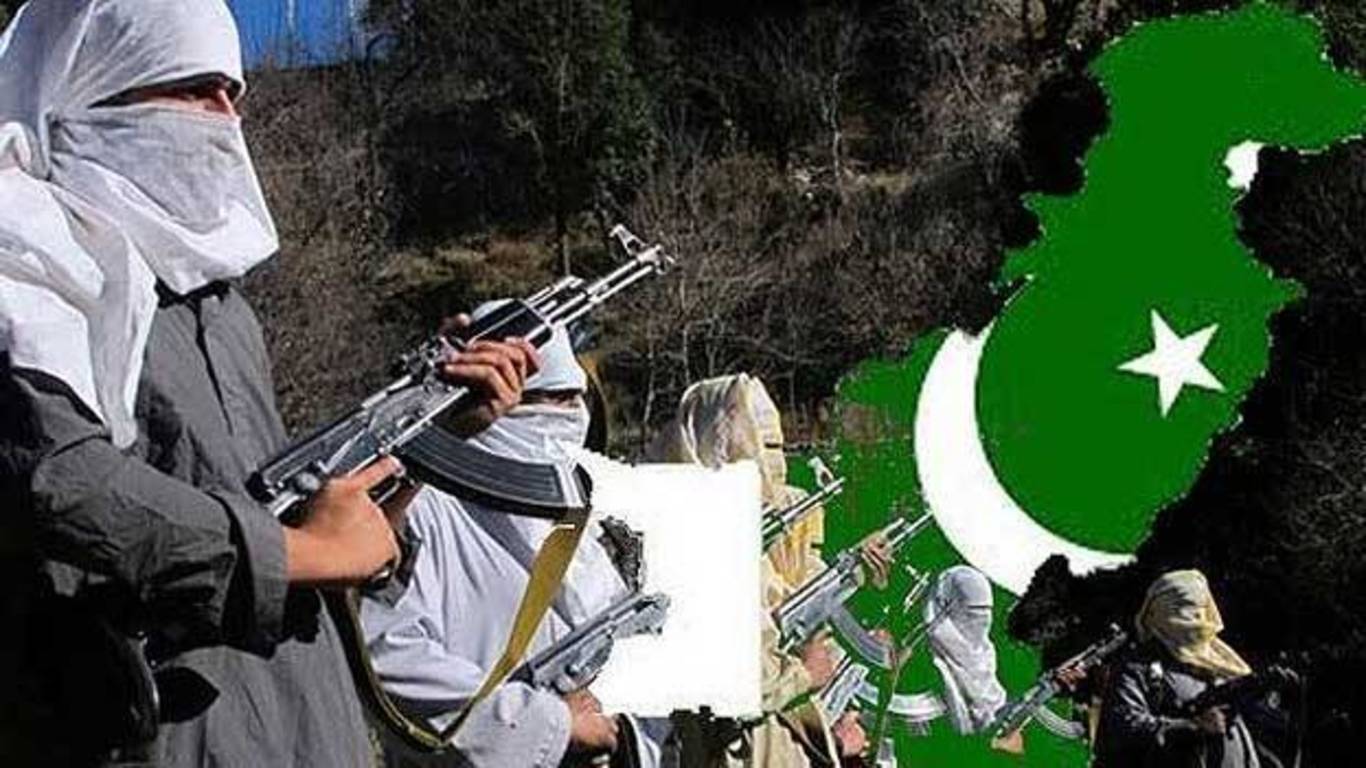 “Even as the world fights Covid-19, some people are busy spreading other deadly viruses such as terrorism, fake news, and doctored videos to divide communities and countries.’’

The following lines were said by our Honourable Prime Minister Shri Narendra Modi at the Non-Aligned Movement Summit via video conferencing in New Delhi on May 4, 2020. At this critical juncture where the world is looking up to India as a virtual leader in this war against Covid-19, where the ethics of democracy, discipline and decisiveness have ensured considerable success in combating this threat, our neighbouring country  is trying to wage a bacteriological warfare of sorts amidst the pandemic.

In an interview given to the Economic Times, dated 22 April, the  Director General of Jammu and Kashmir Police Dilbag Singh said that ‘’Pakistan is pushing militants infected with COVID-19 into Kashmir to spread the disease among the people of the valley which is a matter of concern. So far, Pakistan had been supporting terrorists and now it is exporting coronavirus patients to infect people of Kashmir. At a time when the entire world is making efforts to fight the coronavirus pandemic, Pakistan and its sponsored terrorists were making all out attempts to disrupt the measures being taken to safeguard the lives of the people in J-K. Even during the present health crisis, our forces have continued to consolidate peace while maintaining good security and law and order grids.  “Pakistan agencies are engaged in various activities at their launching pads in Pakistan and PoK to push in terrorists this side, both from the International Border as well as the Line of Control (LoC) to further its nefarious designs of disturbing peace and normalcy and lives and livelihoods of the people without bothering about its own people who have become coronavirus victims.’’

A state has now been reached in which various religious groups have raised their own militant outfits, known as Jihadis with state patronage and support of the army, most notably the Inter Services intelligentsia (ISI), with the latter playing a prominent role in determining the foreign policy of Pakistan. Ever since its creation, Pakistan has evolved a concept of looking upon India as an enemy. Even people like Jinnah and Liaqat Ali felt that an enemy was necessary to build the new nation of Pakistan as its people were diverse and there was nothing to bind them but religion. These Jihadi units notably Lashkar-i-Tayyiba, Jaish-i-Muhammad, Hizbul Mujahiddeen etc have been carrying out proxy warfare against India for the last three decades in Kashmir thereby disturbing the peace in the valley forcing thousands of Kashmiri Pandits to leave.

Pakistan has no arrows left in its quiver except the use of terror against India. With the changes in J&K’s territorial and legal status following the abrogation of Article 370, Pakistan can no longer discuss ‘Kashmir’ with India as before. Despite China’s support, it has failed to internationalise the Kashmir issue.

With the growing influence of India on the global stage under the benevolent leadership of Shri Narendra Modi on one hand and the global isolation of Pakistan on the other, terrorism remains the latter’s only ground option to wound India. It is still a low-cost option despite India’s game changing Balakot operation. Limited Pakistan-abetted terror attacks not only impose a disproportionate security burden on our armed forces, but India’s retaliatory action also gets constrained. India is now battling the ‘Wuhan virus’ crisis in Jammu and Kashmir too, which puts an additional burden on the administration. So far, J&K has recorded 869 Covid-19 cases in total, with 383 recoveries and 9 deaths in all (May 2010). Islamabad, with the mind-set of a rogue state, wants to exploit this sensitive situation by keeping alive an atmosphere of violence, in spite of the fact that their country is itself reeling under the impact of Covid-19 and the economy has plunged to an all-time low. Most of its citizen’s do not have enough to eat and due to the backward state of medical infrastructure, it is having to rely on Chinese medical aid. Still the Imran Khan government is not willing to mend its ways and is constantly trying to foment trouble for India.

Since India’s revocation of Kashmir’s special constitutional status last August, there has been an upward spike in cross-border infiltration, and since the virus crisis emerged, that spike has climbed further. According to the latest Indian intelligence assessment, 375-400 terrorists are waiting to infiltrate from Pakistan. And that spike in hostilities isn’t confined to the Line of Control. Pakistan has been constantly indulging in the ceasefire violation on the Line of Control (LoC) in Jammu and Kashmir, especially during the ongoing holy month of Ramzan when the Muslims world over are spending time in prayer and penance seeking riddance from Covid-19.Three CRPF constable – Santosh Mishra, Chandra Shekhar and Ashwani Kumar Yadav and a 14-year-old boy named Omar were killed in an attack by militants in north Kashmir’s Handwara on Monday, 4 May. This comes after the killings of five security personnel by militants – Colonel Ashutosh Sharma, major Anuj Sood, Lance Naik Dinesh Singh, Naik Rajesh Kumar, and sub-inspector Qazi Shakeel Ahmad were killed in an encounter with Pakistan-based terrorists in the same district on the previous day. There was heavy exchange of fire at the Line of Control after ceasefire violations by Pakistan. Monday’s killing is the third major attack in the Valley since India went into the coronavirus lockdown.

Pakistan-backed militants are making sustained attempts to infiltrate into India via the international border in the Jammu region, the Punjab border, and even the long coastline of Gujarat. Recently, there have been several reported cases of Pakistani army smuggling weapons over those borders by drones. As per the reports of the Israeli newspaper Haaretz, at least eight consignments of weapons have arrived in Kashmir, including one – intercepted by Indian police – that comprised guns and hand grenades which, together with a future consignment of AK-47s, were intended for the targeted killings of politicians and police personnel. That cell was part of the newly formed terrorist group, “The Resistance Front,” and communicated with its handler in Pakistan over the encrypted messaging platform Telegram.

The last month of coronavirus lockdown has not even meant a hiatus in gruesome terror attacks. In 2020, so far, 36 terror attacks have been committed.

Now the question which needs to be asked is – what is prompting Pakistan to resort to such heinous tactics during the time of the pandemic? Pakistan feels emboldened by its role in the US-Taliban peace process and the postponement of Financial Action Task Force (FATF) pressure because of the pandemic. It has removed 1,800 names from its terrorist watch list, including Zaki-ur-Rehman Lakhvi, the mastermind of the 2008 Mumbai attacks. Since the Indian state’s primary focus now is battling the corona pandemic, its special forces are not pro-actively initiating offensive encounters with terrorists, technically referred to as cordon-and–search-operations. For Pakistan-backed militant groups, that provides a valuable opportunity. Repeated cease-fire violations and sponsoring attacks in Kashmir despite the pandemic derives from Pakistan’s ingrained terrorism syndrome, having its roots in the decades old concept of Islamization.

(The Author is an Research Scholar, Department of History, University of Delhi. Views expressed are personal. He can be reached at biresh.chaudhuri@gmail.com)