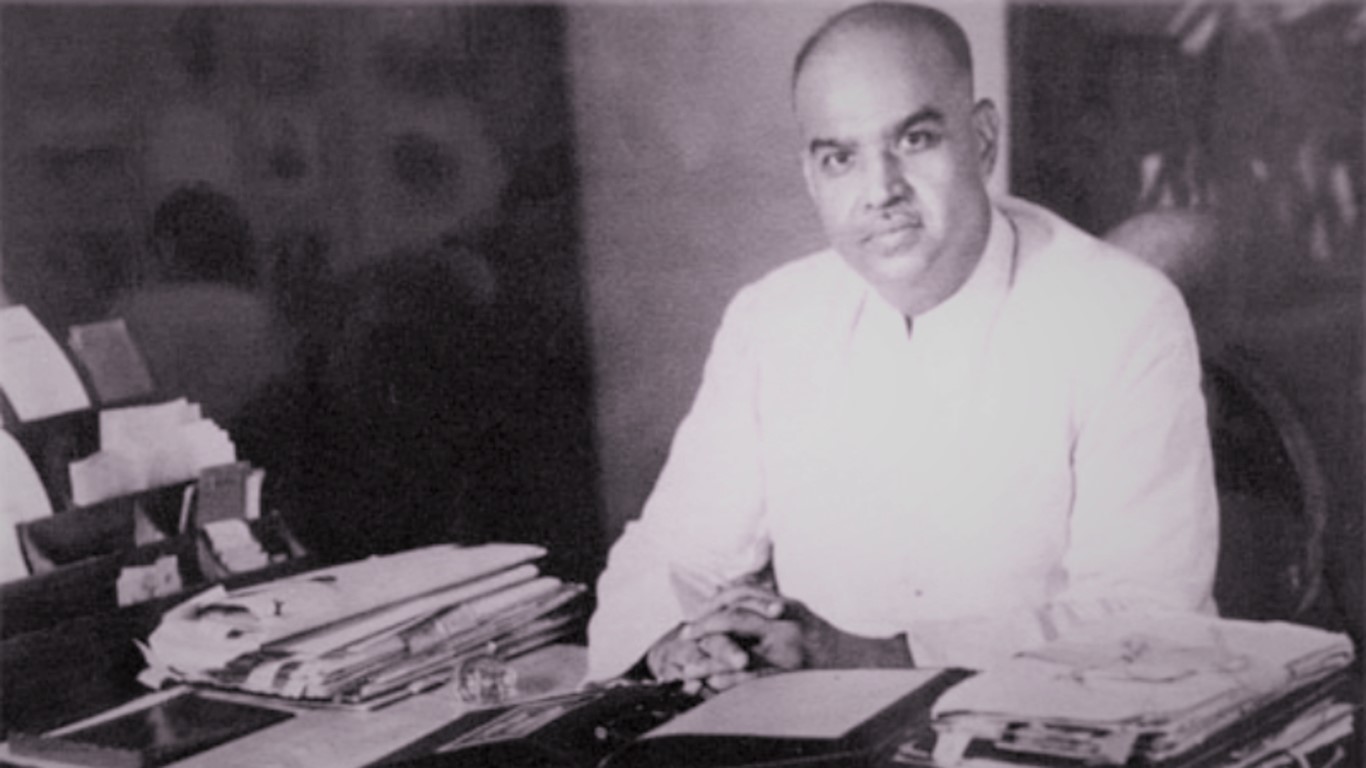 Dr. Syamaprasad Mukherjee logically appealed to Lord Mountbatten. As Muslims refused to stay as minorities in independent India in spite of the fact that India was not going be a theocratic State, how would substantially high percentage of Hindu Bangali stay as minorities in independent Pakistan which was destined to be an Islamic land? If Partition of India based on Religion was inevitable, Partition of Bengal was inevitable too, argued Dr. Mukherjee. Syamaprasad proceeded to build up consensus regarding the demand of Partition of East Pakistan to form West Bengal as the Homeland for Hindu Bangali & its accession to India. On June 20, 1947, Undivided Bengal Assembly divided into East Bengal & West Bengal Assembly following which formation of West Bengal as a part of India was procedurally completed. June 20, hence, is logically considered as West Bengal Day. West Bengal was created not for all Bengali-speaking people but for Hindu Bangali. Not language but religion was the basis of Partition. This was in congruence with the partition of India based on Religion as demanded by Muslim League. Such is our History & denial thereof won’t yield.

** In the following Tables,

—From East Pakistan To West Bengal : 2061 (assumed to be all Hindus)

—From East Pakistan (To India, including West Bengal) : 2523 (assumed to be all Hindus)

—From West Bengal To East Pakistan : 671 (assumed to be all Muslims)

CONCLUSION : AS PER THE OBSERVATIONS IN THE PAPER OF REFERENCE, AN ANOMALY IS DETECTED TO THE TUNE OF APPROXIMATELY 517000 HINDUS OF EAST PAKISTAN. THESE HINDUS MAY BE ASSUMED TO BE MISSING WHEN ESTIMATED AT 1947. (THIS IS BASED ON THE ASSUMPTION THAT THE DISPLACEMENT FIGURE GIVEN IN TABLE 2 OF THE PAPER OF REFERENCE IS CORRECT.)

How could the Hindus of East Pakistan be missing? The above data has been taken from a study conducted in a World-famous University, Harvard which has already been presented in Pakistan & in Jamia Millia Islamia University, New Delhi. May it logically be inferred that the missing Hindus of East Pakistan were, in reality, slaughtered? Episodic pogroms of Hindu Bangalis in East Pakistan by Islamists is a documented claim which could also be numerically corroborated to some extent from the above study of Reference.

Remaining true to History, it may be dispassionately stated that after losing lives, properties of many, chastity & grace of innumerable women, our leaders decided to form West Bengal as a Bangali Hindu Homeland. They realized that Hindu Bangali would not be able to exist as a clan & culture if they’re compelled to live as minority in an Islamic country. Hence, it was necessary for them to have a piece of land within India. Such realization transformed into the impetus of West Bengal’s creation led by Dr. Syamaprasad Mukherjee. Hence, during celebration of West Bengal Day in the present time, bloody history of PARTITION must not be forgotten. Though there were innumerable Muslim men & women who were as much peace-loving as anybody else, it was predominantly a regimented & episodic aggression upon Hindus in East Pakistan that prevailed before, during & after Partition. It is true that most of the properties & material prosperity of East Bengal was vested upon the Hindus there. Fertile riverine land of East Pakistan provided riches to the land owners and a vast majority of the land was owned by Hindu Bangalis. Partition appeared as an opportunity for the Islamists to capture those properties from Hindus & they did it by means of displaying blood-thirsty violence against them.

It is, therefore, a historical truth that the objective of formation of West Bengal by dividing East Pakistan & its accession to India was in order to create a Homeland for Hindu Bangali. To be more precise, objective of West Bengal’s creation was not to compel Hindu Bangali to live as minority in Islamic Pakistan. Living as minority in an Islamic Country/State is an unfavourable experience even today. The phenomenal persecution of minorities in Islamic countries like Bangladesh & Pakistan may be minimally described as anti-humanitarian. Fate of Pandits of Jammu-Kashmir is another sordid example of Islamic majoritarianism. Pandits are now living in India as refugees as they were opportunistically attacked & slaughtered in their own Home State after it became Muslim-majority.

Hence, as people celebrate West Bengal Day in the present time, they need to remember the true objective of creation of West Bengal. West Bengal was meant to be dominated by the lingo-cultural ambience of Hindu Bangali which must not be allowed to be changed. And to ensure that, West Bengal needs to maintain unquestionable Hindu-majority. Muslims must be kept distinct minority in West Bengal in terms of demographic percentage as that was the true objective of formation of West Bengal. West Bengal, in any case, needs to exist as a Hindu majority State not from communal angle, but objectively, as there lies the core spirit of West Bengal’s existence. As people of West Bengal are paying homage to the founder President of Jana Sangha, it’s needed that they keep his vision ahead & be truthfully committed to it. Ideally, West Bengal needs to reinstate back her partition-time demography extrapolated to the current population & standard growth rate thereof. Such a proposal may appear impracticable, infeasible & silly, however, it is possible to be done through a few strategic reforms.

Dr. Syamaprasad Mukherjee was more an administrator, an educationist & a strategic thinker than a politician. Hence, after he joined politics, his steps were strategic more & political less added to his uncompromising commitments to his own value system as an educationist. Therefore, today, as people are paying tribute to him, upholding his way of strategic politics is also required. Syamaprasad took many-a-steps which are politically debated even today. However, strategic effectivity thereof, were unquestionable. West Bengal again needs to follow SPM’s path & vision of making strategic moves in order to take corrective & reformative measures. People of West Bengal needs to remember that until we get back the original Undivided India, West Bengal needs to remain absolute Hindu-majority as that was the sole objective of West Bengal’s formation.